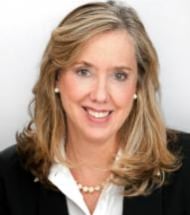 B. Leigh Kosnik, Esq. is a graduate of Duke University and Benjamin N. Cardozo School of Law. Her early career focused on corporate and international finance beginning, in 1981, at the New York law firm of Mudge Rose Guthrie Alexander & Ferdon, then Paul, Weiss, Rifkind, Wharton & Garrison and finally, with the London based international law firm, Linklaters, where she spent nine years. During her time with Linklaters, she worked in their London and New York offices and opened their Washington DC office. In 2007, she joined Roberts & Bates, P.C. in Stamford, Connecticut to begin a local focus on trusts and estates. After four years, she moved to Smith & Grant LLP to continue her practice with individual clients in the areas of trusts and estates.

Ms. Kosnik is admitted to practice law in Connecticut and New York and is a member of the bar associations of those states.