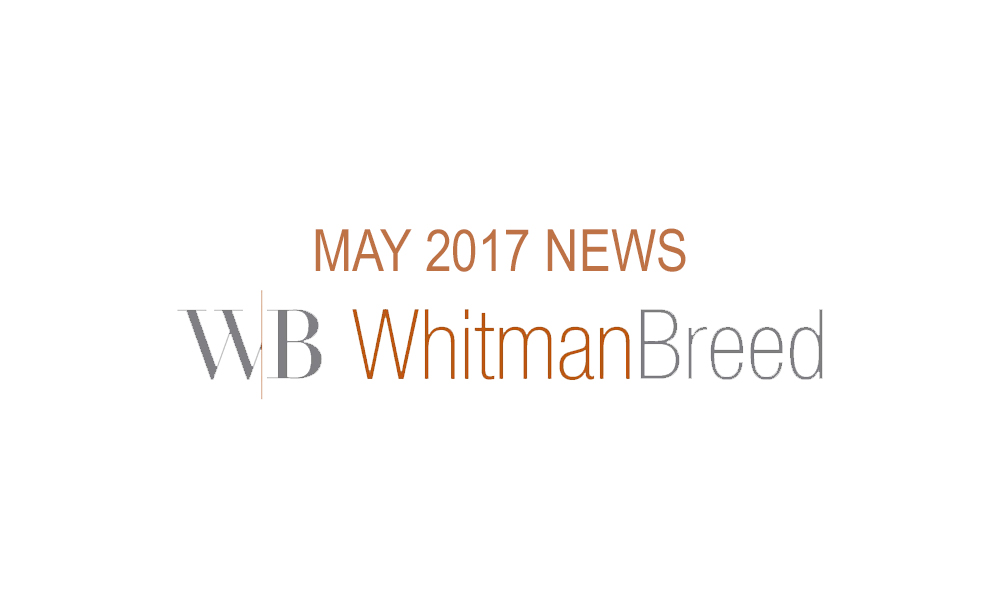 Luke Tashjian presented at the National Business Institute regarding Claims Against Estates.

Jim Riley testified as an expert witness on various issues of Connecticut commercial law before the High Court of Justice, Chancery Division, in London, England. Among the subjects of Jim’s expert testimony were Connecticut common law rules governing the construction of commercial contracts, the proper application of partial payments to indebtedness arising under a factoring agreement, whether certain charges were allowed in restating an account, and judicial awards of fees and costs pursuant to contractual fee-shifting clauses. Jim had previously submitted an expert report in the matter in December 2016.

The Firm prevailed on a motion to dismiss a civil action brought against its clients in the U.S. District Court for the Northern District of Illinois. In an 11-page written decision, the Court agreed that there was no personal jurisdiction over the defendant corporation and its owners, which is based in and who reside in Connecticut. Michael Battema led the defense effort, working with Jim Riley and Richard Mancuso, and coordinating with local counsel in Chicago.

Luke Tashjian presented at the Greenwich Land Trust on Tax Deductions for Donations of Conservation Easements and Donations of Real Property.

The Firm obtained a favorable decision in a discrimination proceeding before the New York State Division of Human Rights, resulting in the dismissal of the charge. Our client, which maintains offices in Connecticut and New York, was charged with engaging in an unlawful discriminatory practice based on the employee’s gender, pregnancy and alleged disability following its termination of her employment in September 2016. The Firm denied the charge and submitted substantial evidence of the circumstances leading to the employee’s termination. Following its investigation, the Division of Human Rights concluded that there was no probable cause to believe that our client had engaged in an unlawful discriminatory practice, and dismissed the complaint. Jim Riley handled the matter for the Firm.

The Firm’s client, an importer, wholesaler, and distributor of paper products, was the subject of a transhipment audit by US Customs and Border Protection that threatened the imposition of penalties representing an existential threat to its business.  We helped to assemble, coordinate, and lead a team of lawyers from Greenberg Traurig and Venable with customs investigations expertise, and directed responses to document summonses issued by the government.  The investigation concluded without the assessment of any penalties.  Jim Riley and Wyatt Jansen handled the matter.

Harry E. Peden and Kathryn O’Neill represented a long operating veterinarian practice, with two locations in New York, in the sale of its assets to a national veterinary group. As part of the sale, Harry and Katie assisted the Sellers with evaluating many purchase offers from a variety of potential buyers. The transaction involved the assignment of real estate leases, commercial contracts, and employment agreements for the principal veterinarians. In recent years, Harry and Katie have represented many veterinary groups in the buying and selling of practices.

The Firm successfully moved to dismiss a case on behalf of a client in a trust and estates dispute. The Connecticut Superior Court held that, despite the settlor of a revocable trust being conserved, the remainder beneficiary of an inter-vivos trust lacked standing to challenge the settlor’s amendment of the trust and appointment of a successor trustee.  Luke Tashjian handled the matter.

The Firm is pleased to announce that Giovanni D’Amico has joined the Firm as an associate in the Business Law Department.  Giovanni represents clients in connection with corporate formation and dissolution, commercial transactions, regulatory compliance, and trademark protection.  Prior to joining Whitman Breed, Giovanni represented clients in New Haven County with regard to commercial transactions and civil litigation, especially with respect to healthcare practices and practitioners and in the employment context.

Kevin Walsh and Kathryn O’Neill represented an independently owned and operated real estate firm with operations throughout Connecticut, in the sale of its equity to a national real estate firm.

Read a recap of all of Whitman and Breed news in 2015.